I’ve skated with Nathan for a few years now, He’s a quietly spoken dude who lets his skating do the talking, he’s just left convic where he was responsible for drafting up many a skate park.

Nathan Thanks for being part of the skaters at home series

A: I got my first skateboard when I was about 6 or so. It was one of the original plastic things in the 80’s and I used to build jump ramps in the driveway out of bits of timber propped up with bricks and other dodgy things lying around. I skated through my teens building backyard ramps with a mate up the street. Then in my mid twenties, I hung the board up thinking I couldn’t afford to be injured all the time. I picked it up again after realizing that I missed it about 6 years ago and haven’t looked back. It is hard learning new tricks when you know you are mortal (older) but I get so stoked when I nail something new.

Q: Where did you first start skating?

A: I grew up in a country town south of Wollongong and first really started skating at a concrete snake run that was originally built in the late 70’s by some local rollerskaters in Warilla. They were local concreters that had no idea how to pour transitions, it was all rough and wobbly with heaps of kinks, no coping. I think it was about 3ft high on average and a lot of steep, stupid rough concrete. I would spend hours there when the surf was blown out just trying to get from the top to the bottom dish without taking off too much bark and spilling claret.

A: I do watch a lot of skating but it is too hard to narrow one dude down as a major influence. The first skate video I saw was ‘Search for Animal Chin’ and the Bones Brigade just made me want to build ramps, or cruise down the hill around the corner trying to Ollie or boneless or whatever on everyone’s driveway on the way down, Steve Olson is a smooth cat, Jason Jesse, Chris Russell just destroys coping and it was good to watch him, Pedro Barros and Kevin Kowalski absolutely annihilate St Kilda. There are a lot of great local rippers too, if they are fired, it gets me pumped.

A: Definitely Frankston skatepark. That is my local. It is always a good vibe, everyone is having fun, and there is so much variety. You might turn up and there could be some crew keen to skate the big bowl, the small bowl is so fast, different height trannies to keep you on your game and the plaza is really challenging. The crew there are such good dudes and get fired up when it’s on and that fires you up to go harder and faster.

A: Just have fun. Skating is not a sport it is just a great way to waste time so don’t take it too seriously.

One again Nathan thanks for your time..

click on Nathan to see other skaters featured in this project 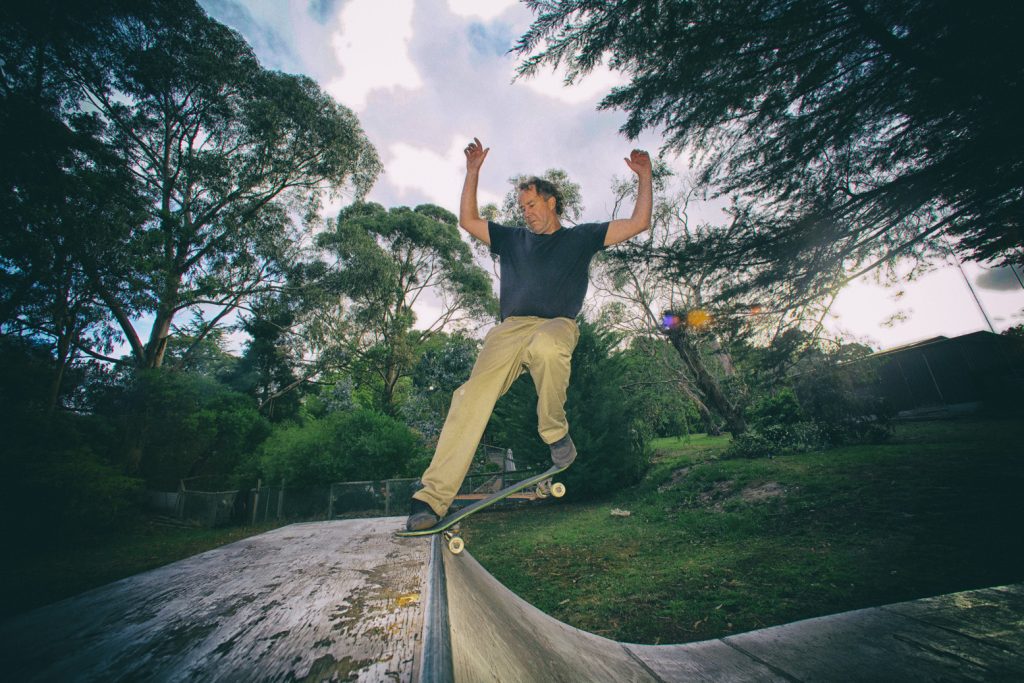