Wedge was amongst some of the first crew I meet when I began bowl riding 5 years ago, when I first met him he wasn’t dropping in but boy o boy what a pump he had he would be dishing out backside carve grinds all over the shop, He’s been back to dropping in for a long while now and I still can’t match his pump, in fact I learnt the hard way that I shouldn’t even try….but that’s another story.  He runs the MOSS Foundation which is an awesome project and he runs a skate sessions and an auction night once a year which brings skaters old and young from all over Australia for a day of Radness

·       My special (stupid) superpower is I that can probably still do more 360’s than anyone in Australia.

Noel Forsyth said if I play my “carves” right I could keep skating as long as Peter Rowe.

Q: Where did you first start skating?

I first started skating in the street outside my house. My older brother had just got back from a surf trip with his mates, they threw their thongs out onto the street and we gleefully carved in and out of them on a Webcraft with chalky wheels.  Surprisingly I could do it better than all of them and I was hooked from that moment on. It was all about putting a skateboard down on the street just going a bit too fast. I reckon that principle still applies now.

Where the crew are skating is the best place on any day, but I have a heap of favourite places, like Mt Eliza, St Kilda, Noble Park, Bar Beach, Saddo’s and the slalom path at Fawkner Park.

Roll free. Do it your way.  Everybody gets a run – and a drink of clean water.  Opportunities in life come to those that “attend” – so show up, go for it and find a way to make it happen.

Sooo may epic skates have taken place.  Here’s just a few; finding Pymble Pool with Adrian Jones in ’78, all the MOSS Jams & CAOSS Jams, The Ring of Fire early days, my 50th birthday at Geehi Dam, coming 2nd last in Bondi Bowl-a-Rama 2011, Sac’s outback pipe adventure and the Ride Ya Stash weekends away with the crew. 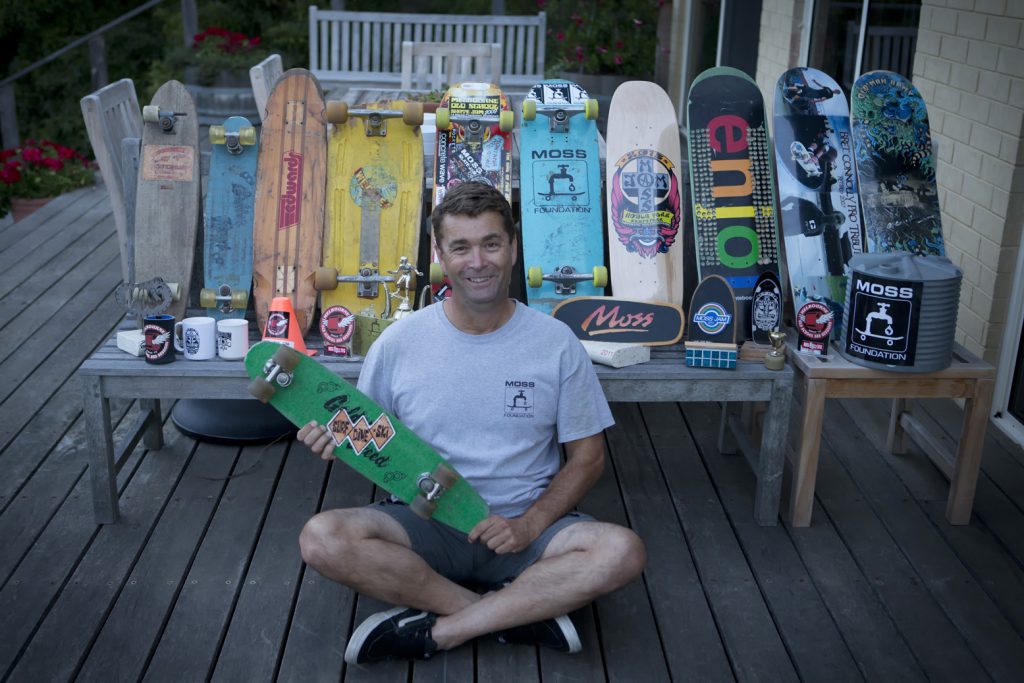 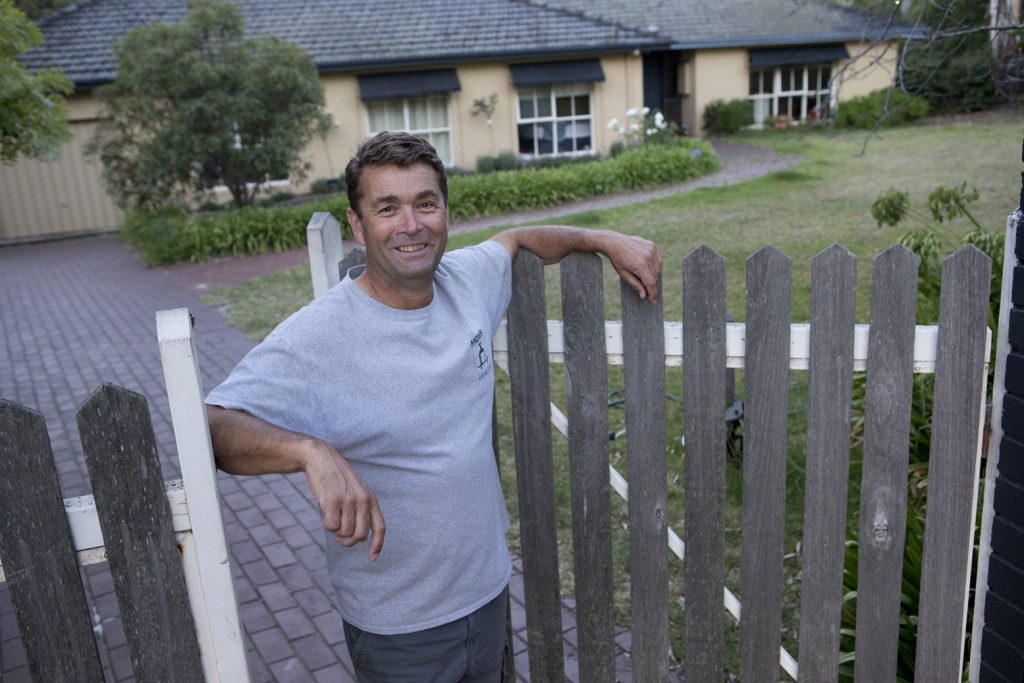 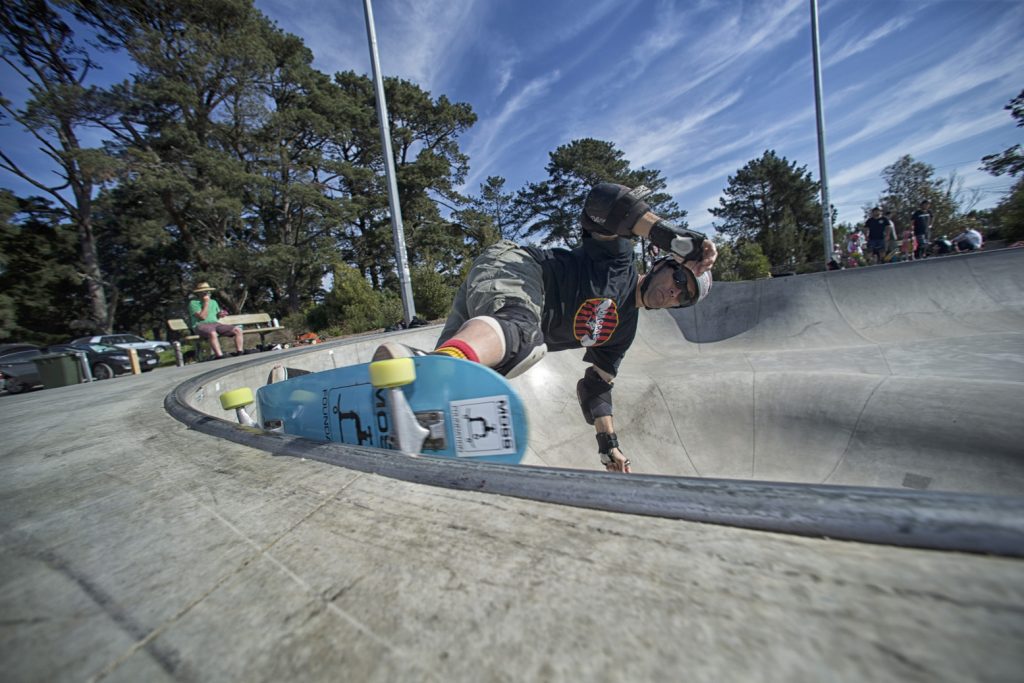 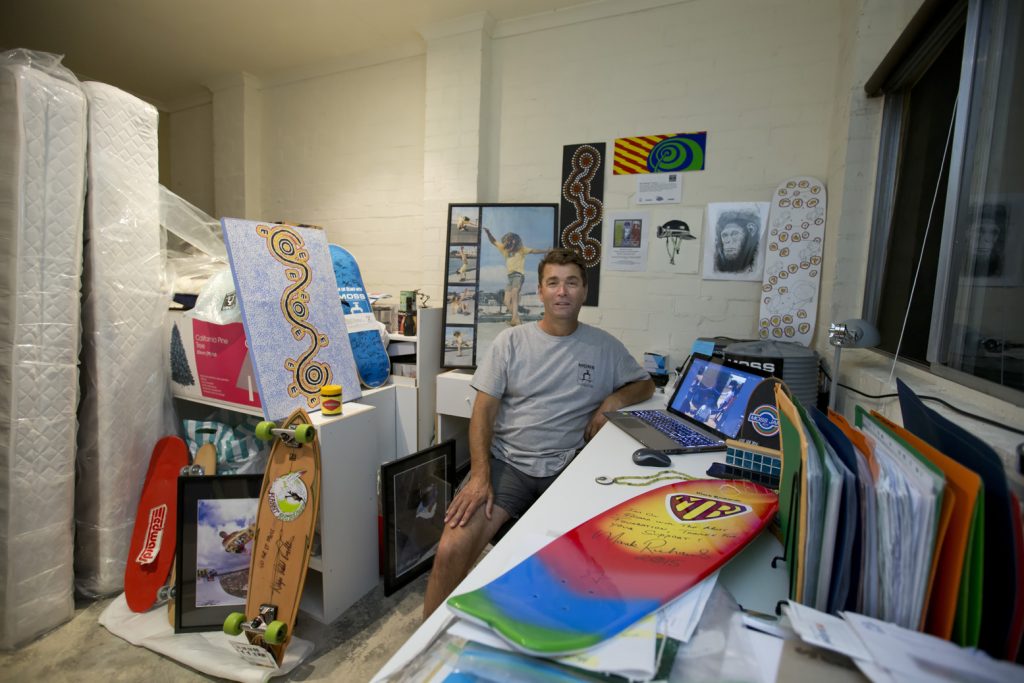